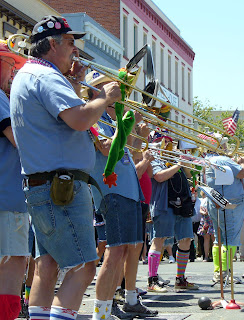 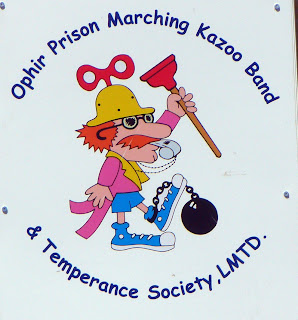 I have been very lucky to have been married to my husband, Kent, for the past 36 years and one of the very cool things he does is play the trombone for the Ophir Prison Marching Kazoo Band. He has been involved with the band for 38 years (except for the few years we lived in South Dakota). When they have an event to play it's a chance for all of us with the band to get away from life stuff for awhile and have a really good time. We always spend our Memorial Day weekends in Old Sacramento where the band plays for the Jazz Jubilee. It's non-stop music from bands from all over the United States. This weekend we kidnapped our granddaughters, Chloe and Samantha, to spend the all day Saturday with us. They had on their special dresses and got to march behind the band during the parade and got to dance their hearts out at each concert. They were also gifted a parasol from one of the onlookers and the magic never ended. 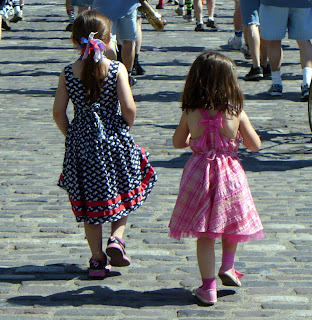 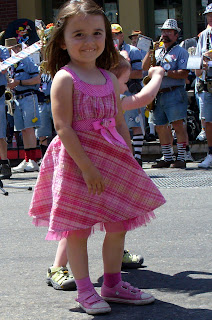 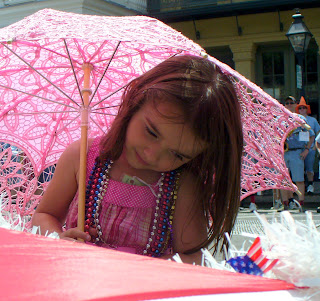 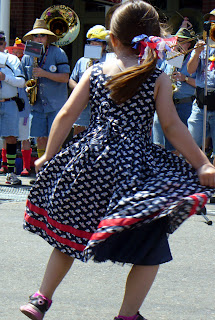 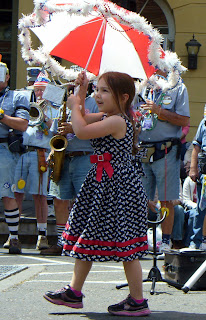 The girls are old enough now (5 & 6)that special times like this will be remembered. As much as I try to snap pictures to capture some of the special moments on film, it's the pictures that are captured in my heart that I'll never forget. 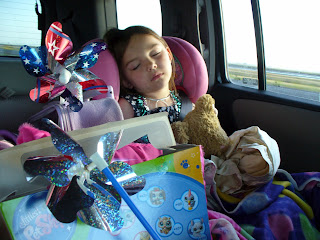 Both girls were utterly exhausted at the end of a very long, fun-filled day...I had to take a picture of Miss Chloe sound asleep on the way home surrounded by the festivities of the day. :) Hugs, Cindy aka "Nana Cindy"
Posted by Linenqltr at 5:48 PM

The most beautiful thing to be a grandma.
I am a mother of six wonderful grandchildren.
The other end of the world embrace Marika

A lovely post and what weekends such as this are all about! Treasured memories in the making.....hugs, Doreen

It looks like a wonderful day and wonderful memories in the making!

:) My mom told me the girls were having fun & were enjoying the day with you and Uncle Kent -- love the pics!! Hope we get to see you soon... the holidays are so far away right now but I'm sure they will be here before we know it!! And BTW - I can't tell you how badly I want to hide in one of your bags on your trip to Australia!! You better post lots of photos!! :) Love ya Aunt Cindy!! :)